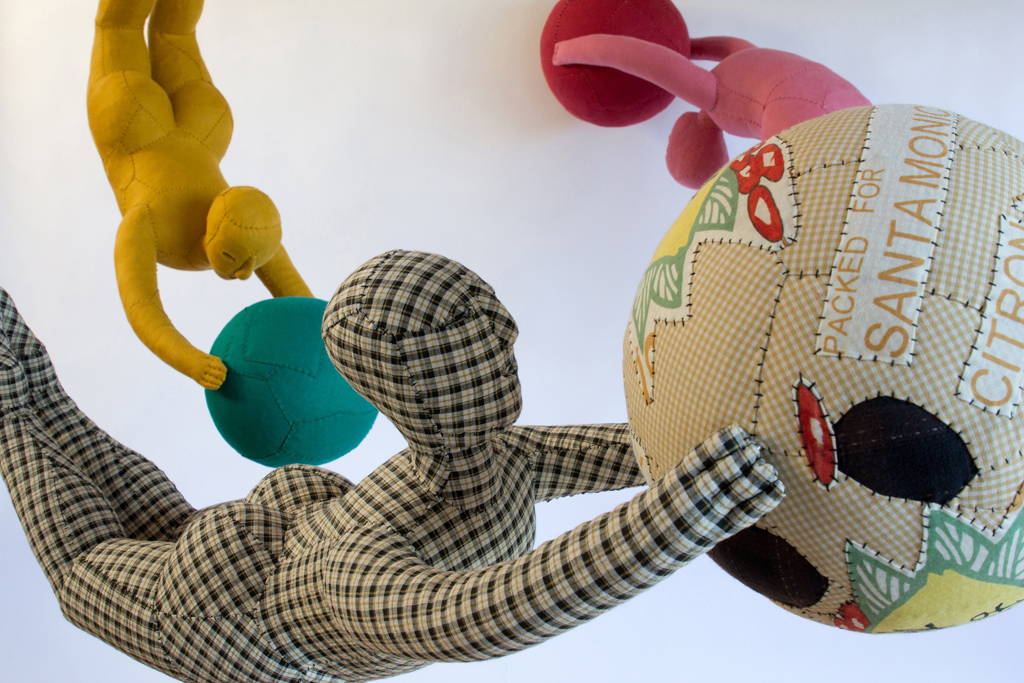 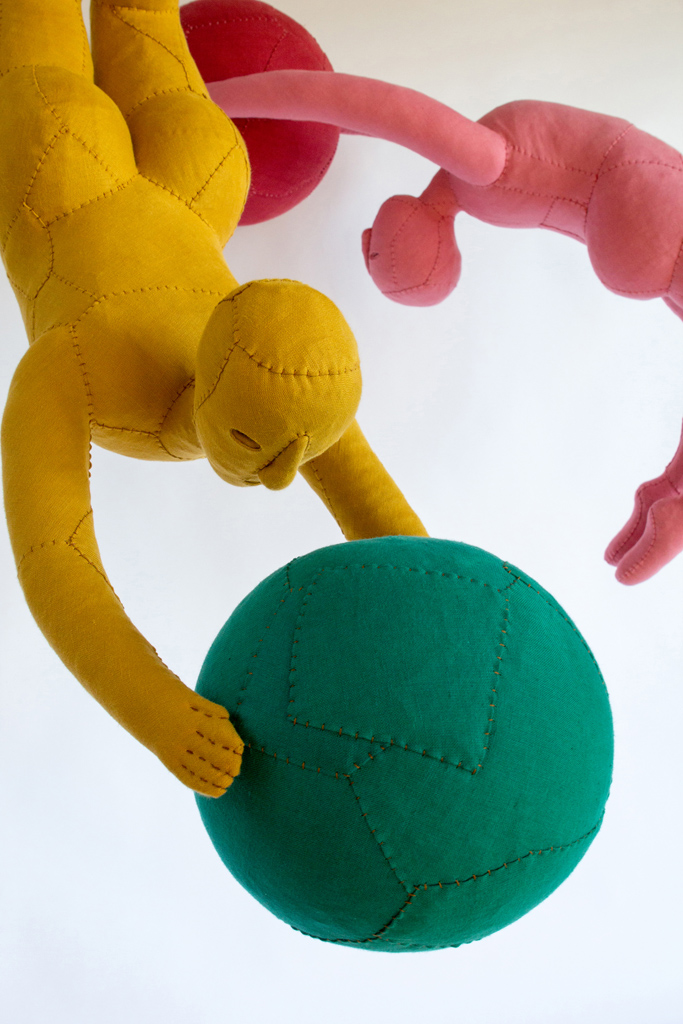 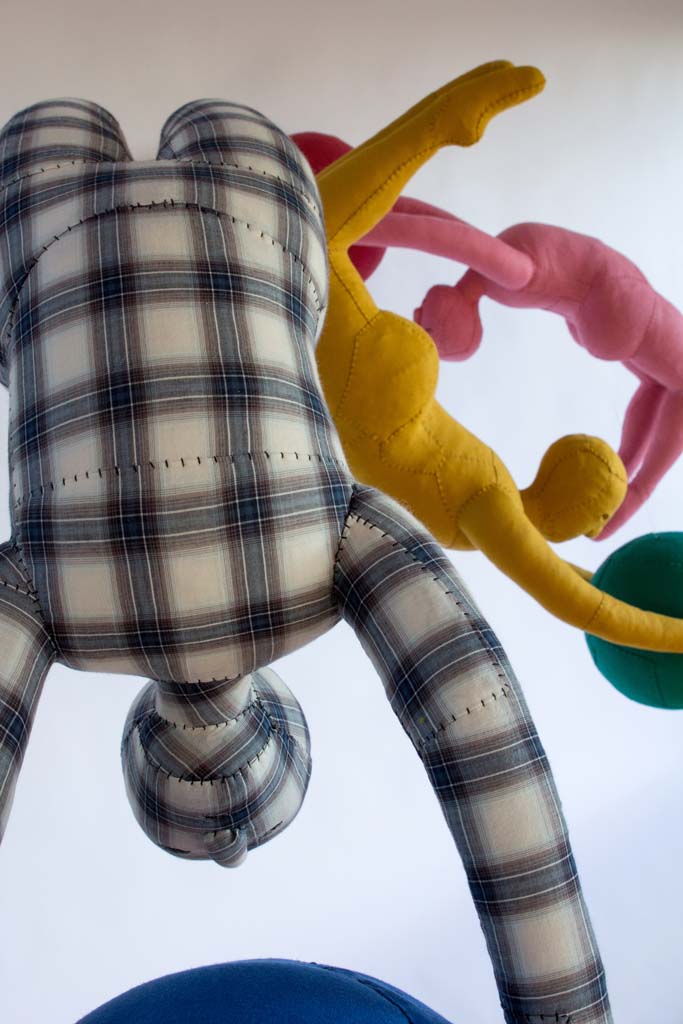 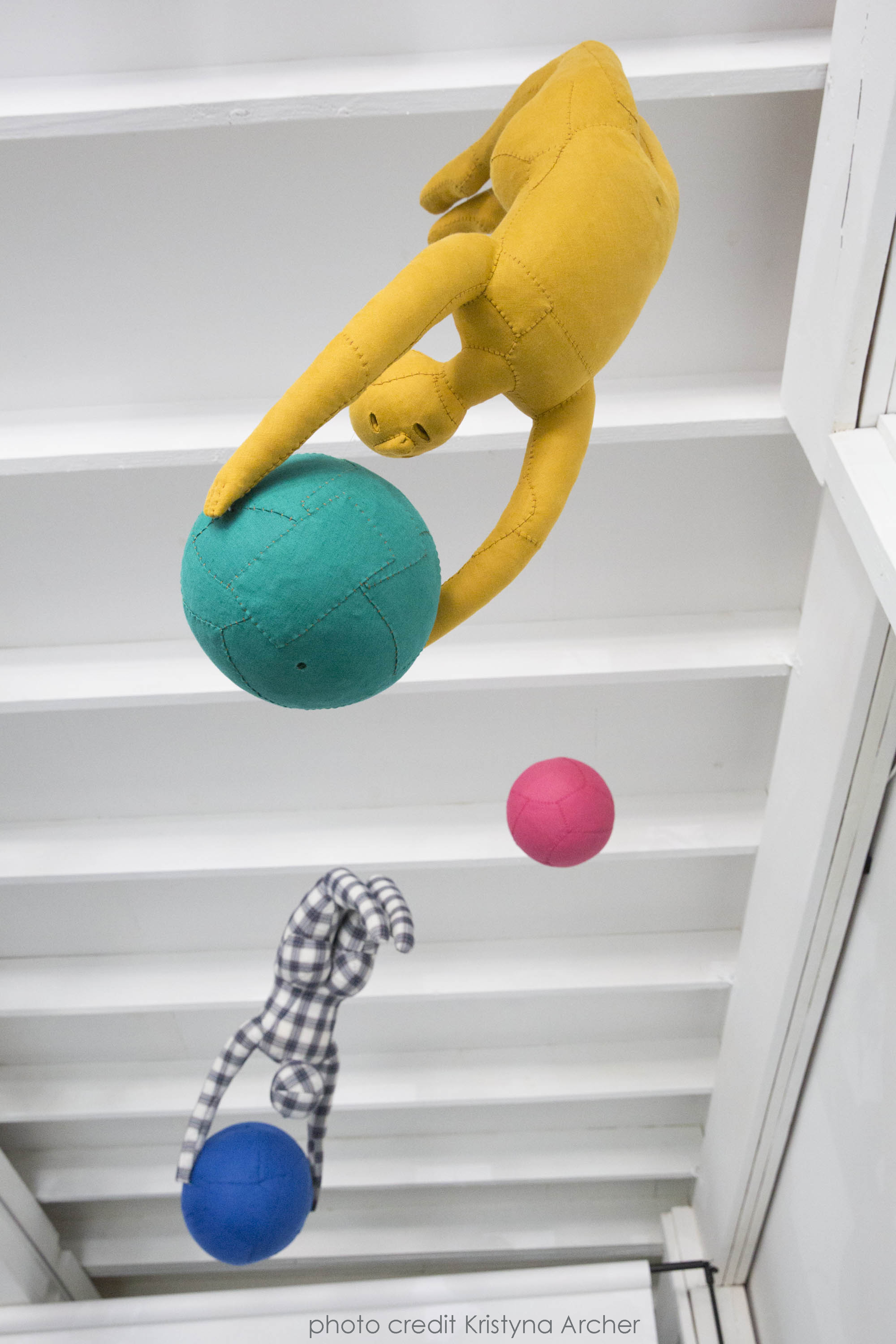 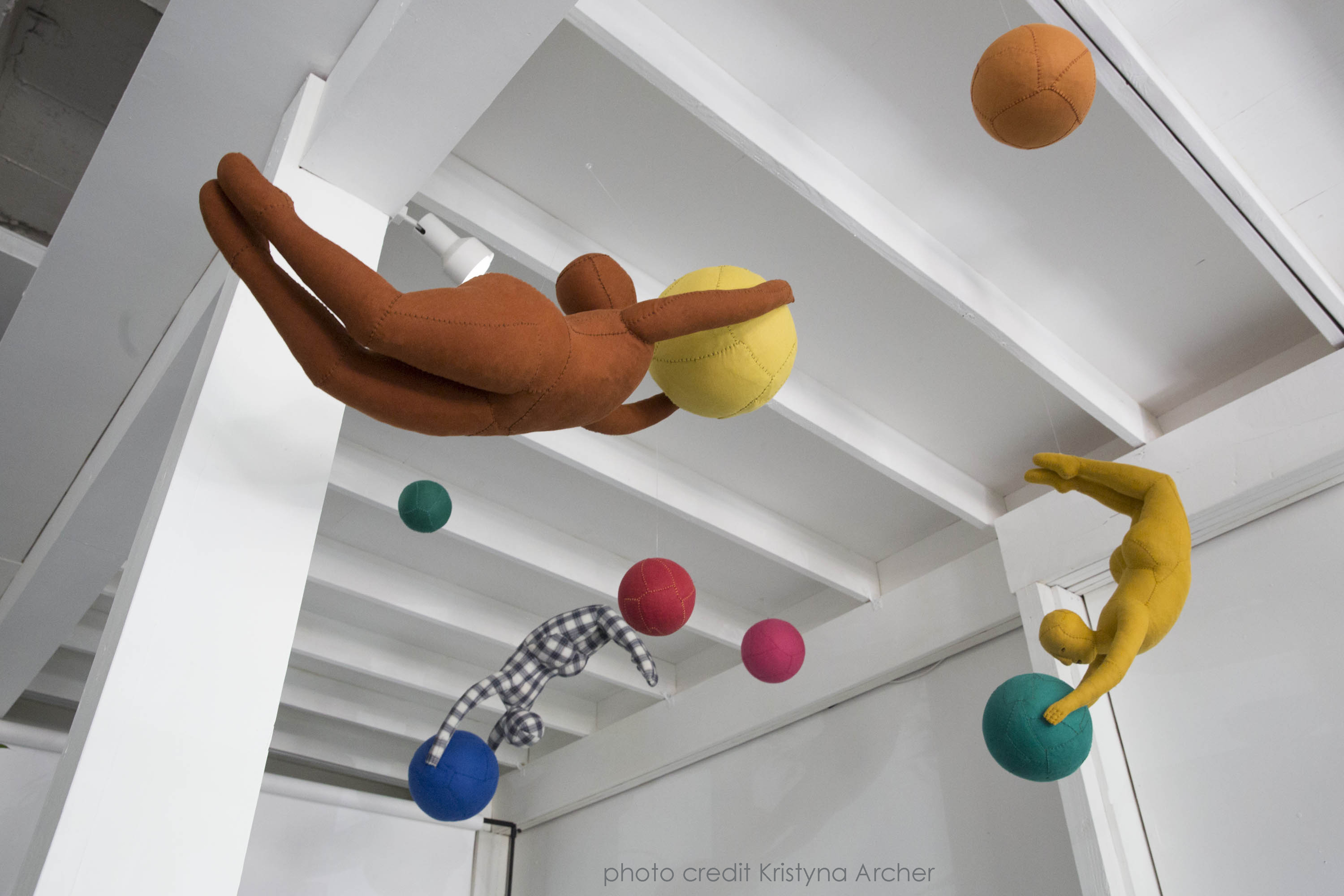 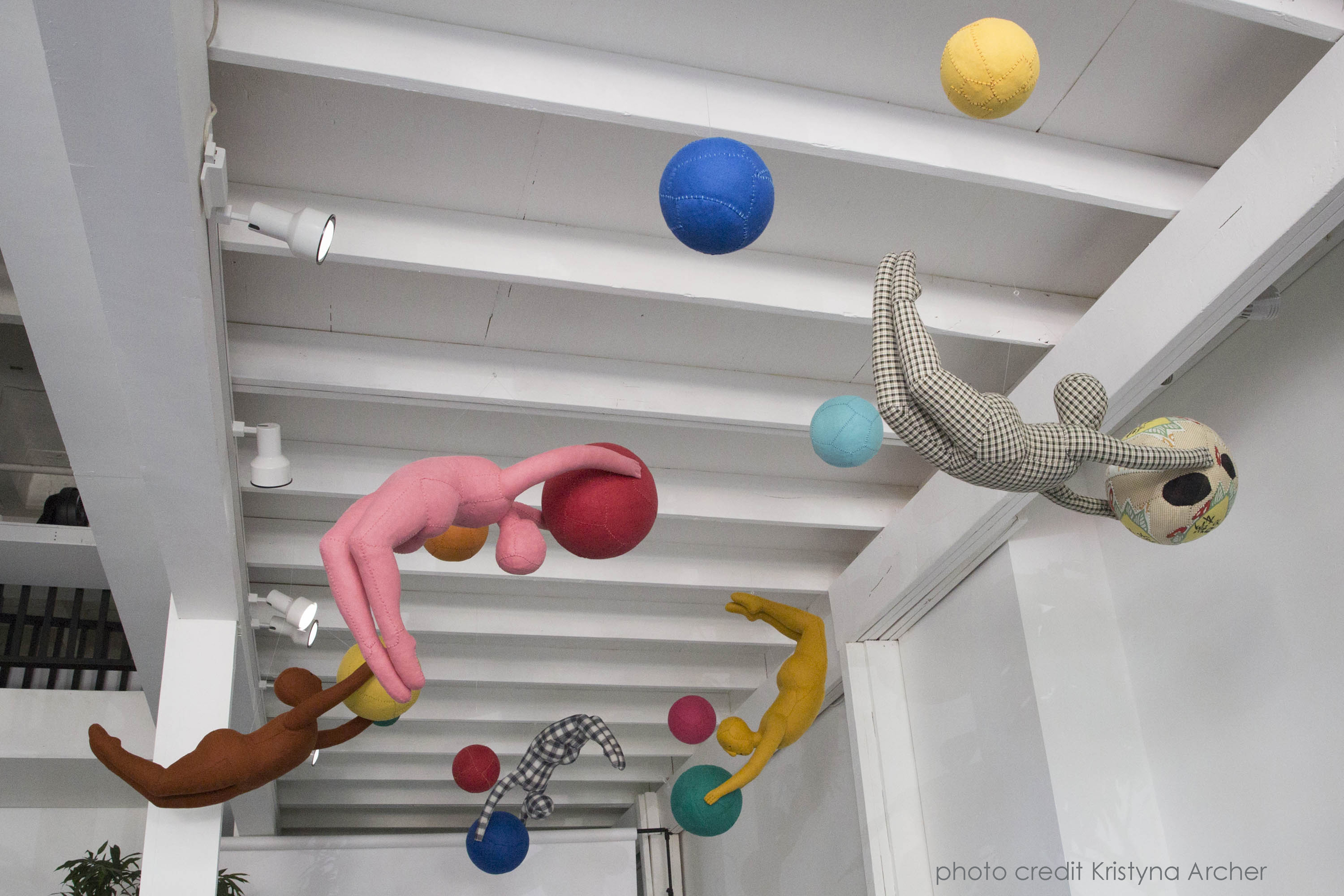 Science tells us that angels are fiction and yet our belief in them persists. Could unseen hands change the course of destiny?

I know of people who say that they dream of flying. I too have a secret longing to glide through the air, ministering to deserving souls. This idea gave way to Earth Angels. They are doing what I would like to do for our vulnerable planet. They are carrying it out of harm’s way.

Textiles are fascinating to me in so many ways. Inherent artistry and technical possibilities are both groundbreaking and familiar as ancient craft.

At a young age I spent much of my time investigating the qualities of fabric. As an adult I experienced a cultural bias against people who sew and after a time, I took my sewing skills underground. Today however, my sewing is reinvented as an art form. Given my interest in fabric and the three-dimensional process, combining the two makes perfect sense to me. I also feel that the technique itself is a work in progress as I incorporate new ideas and materials.

I now have a concern for working with space as I focus on the experience of an installation. Earth Angels is suspended in a ten-foot radius where the viewer walks in and around it. The thirty-five inch figures are in various stages of a midair somersault and their relationship to each other changes as they rotate. One sees the rhythmic effect of multiple colored shapes and motion overhead and the exaggerated proportions push the drama.