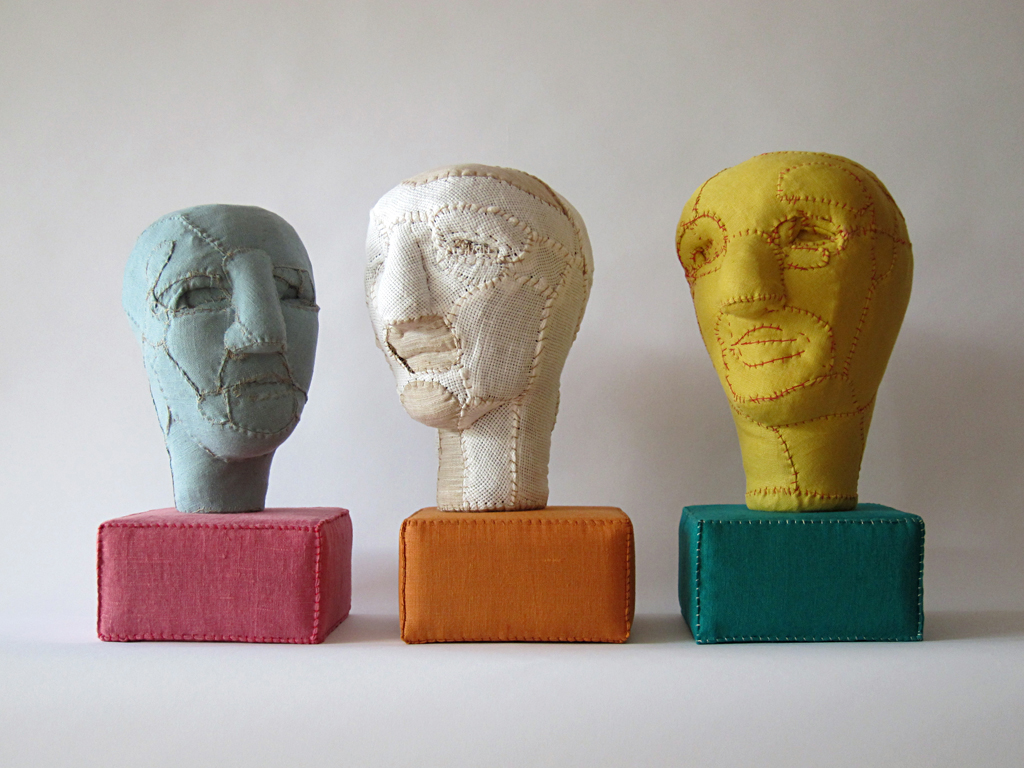 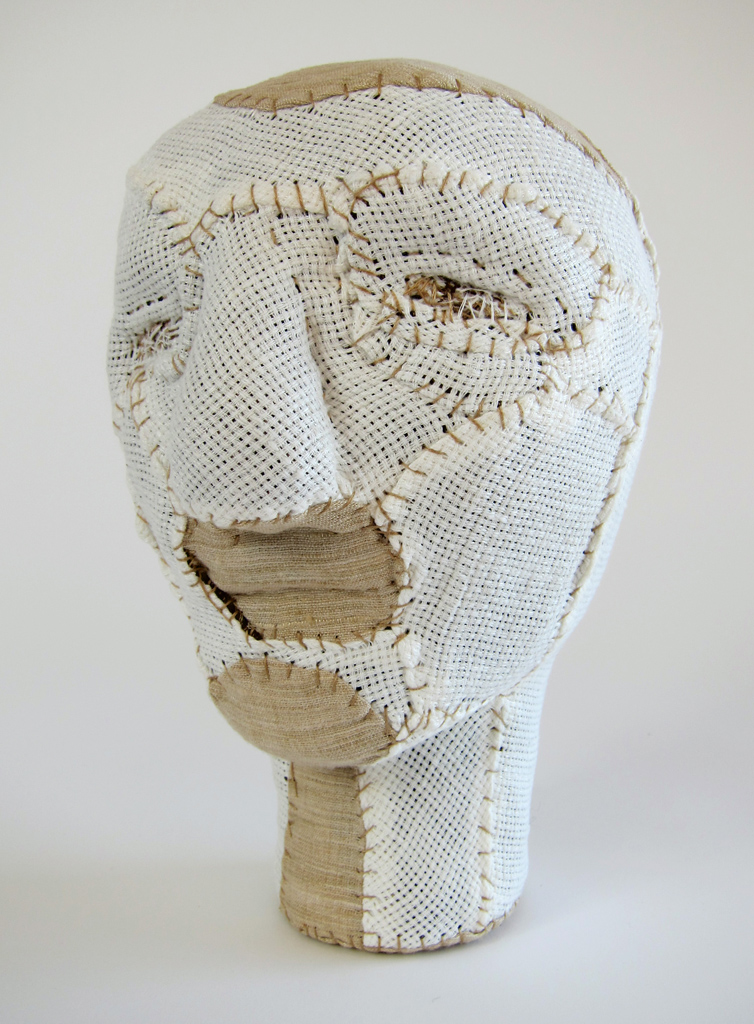 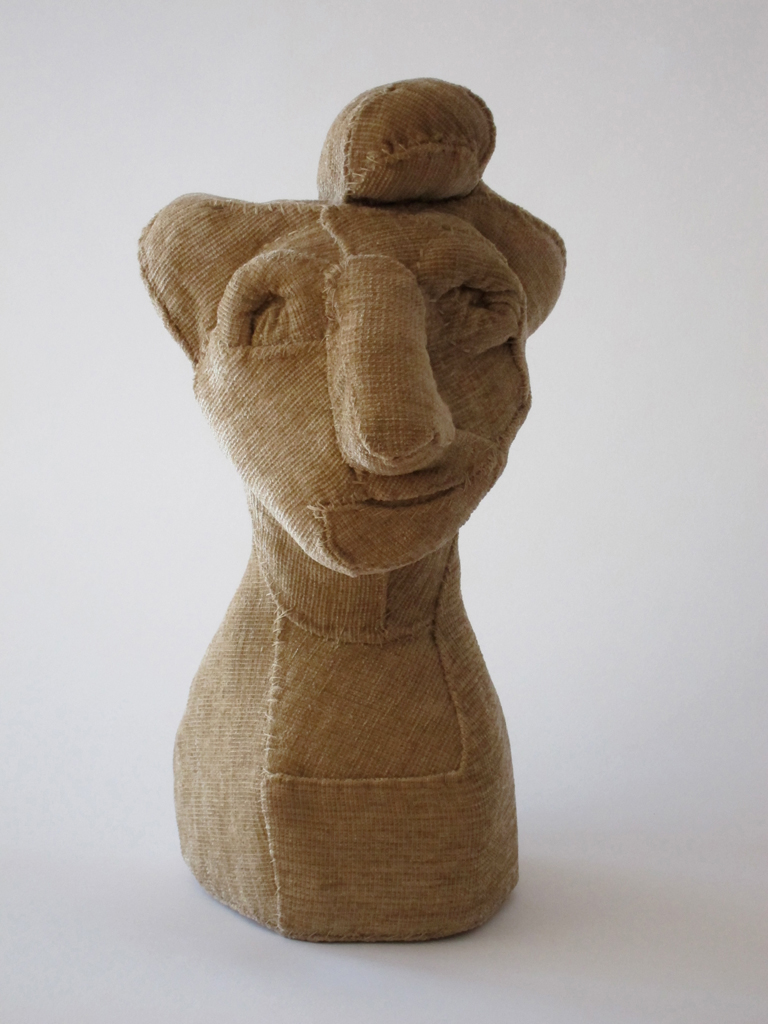 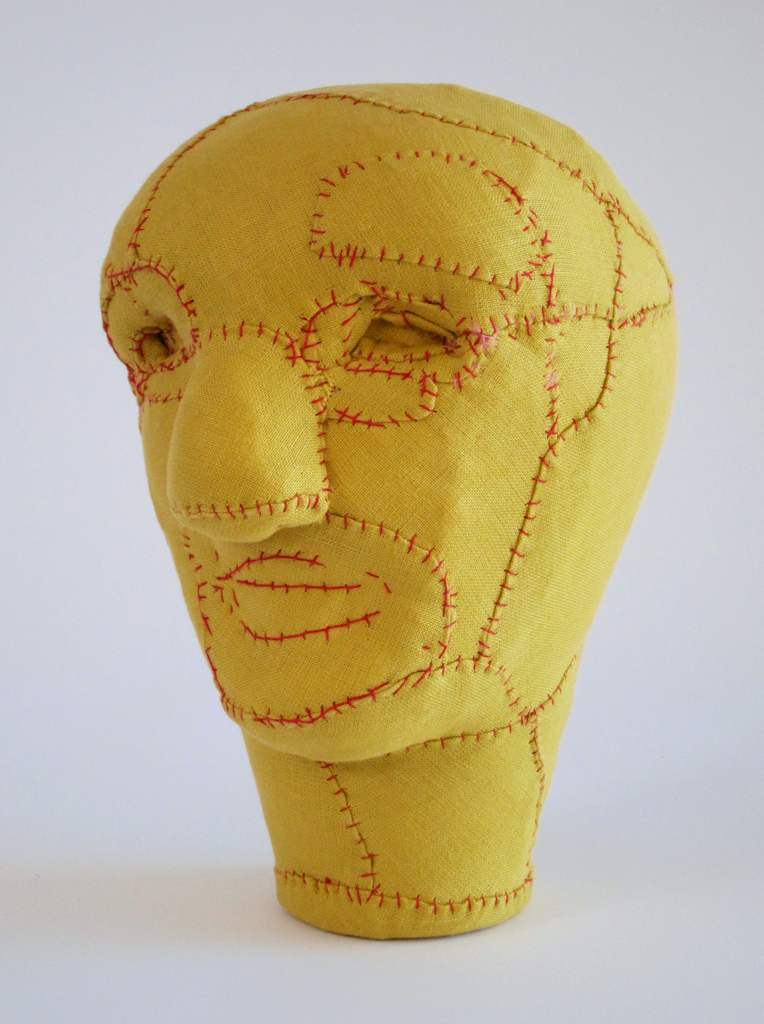 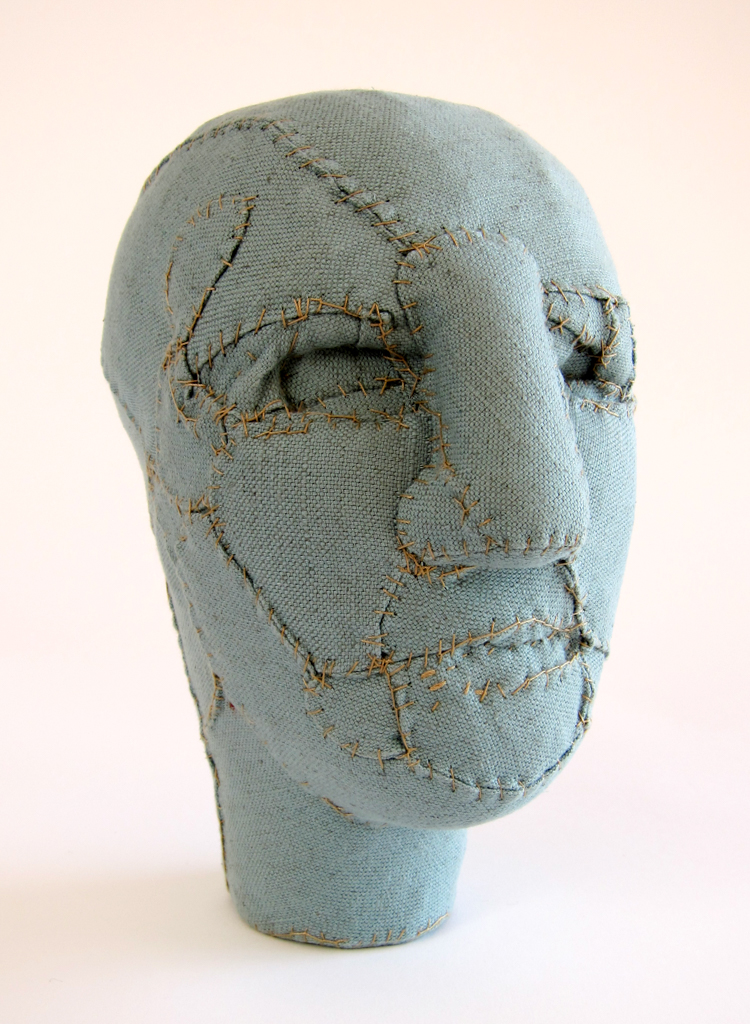 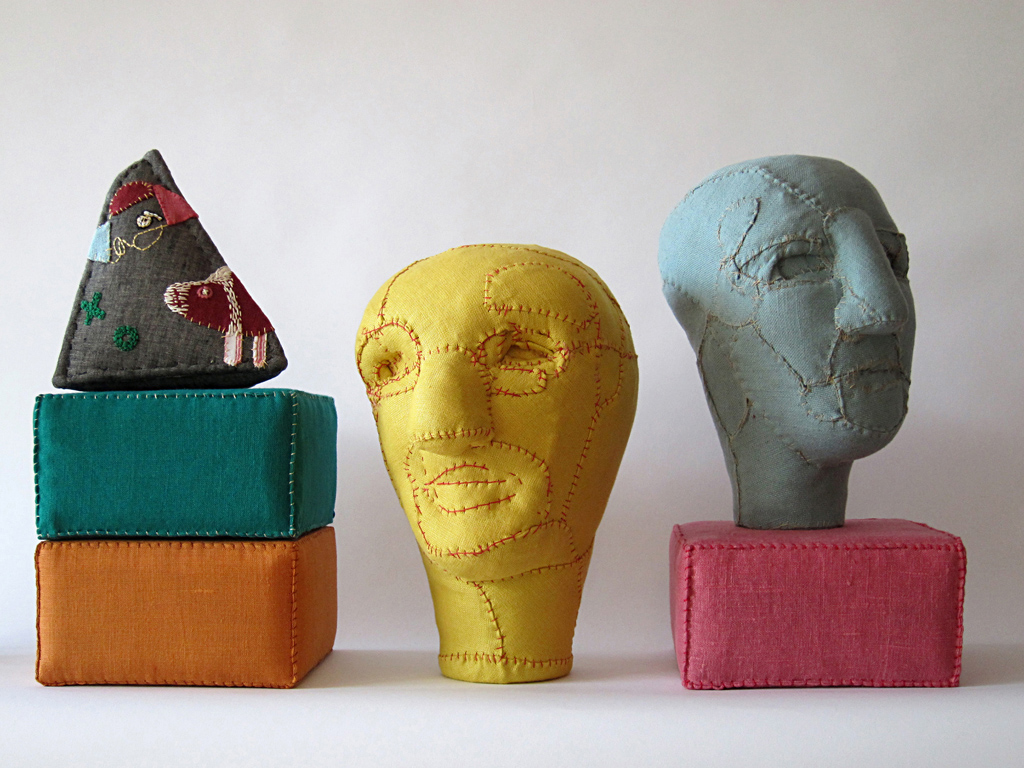 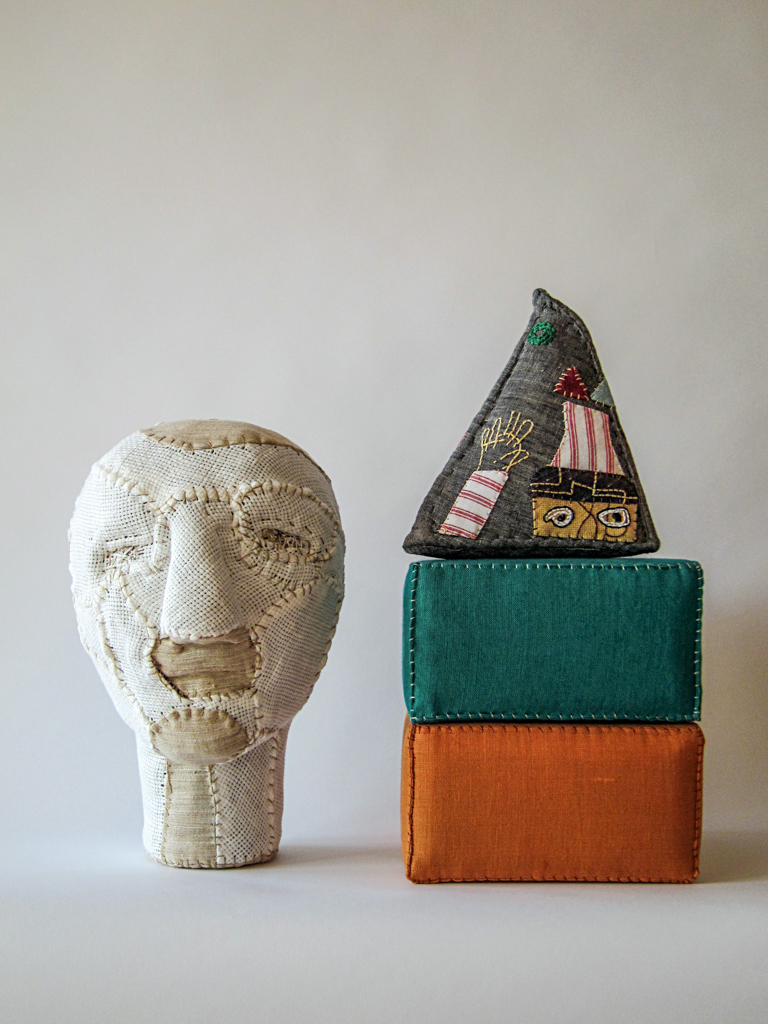 I study faces. The habit came from riding the New York Subway and countless hours of staring across the isle at people staring back at me. In the studio I gravitate towards portraits that are loosely rendered but recognizable. I often draw people in photographs, searching for good bones and subtleties in attitude. I skip over subjects that are neat and polished in favor of the careworn faces that have lived their years.

A while ago my painting studio became unusable and I decided to carry on by exploring a new medium. I chose fabric for the Heads series, keeping the esthetic from my drawing and painting. I was curious about the three-dimensional format where subjects have more than one face as they are viewed from all sides under different shades of light. The use of fabric makes sense to me as the crush and pull of skin over bone and the textural stitching brings to mind scarredflesh. Scars can be desirable or grotesque. I think of my own scars as badges of honor.

Selecting the fabric is like preparing a collage as I select groups of color and texture that support each other. The quality of stitching varies according to the character of the piece, ranging from measured and subtle to coarse like MASH surgery. I feel that modeling the armature is fundamental to the work’s integrity and I count on spontaneous, unplanned characteristics to emerge. I have found that sometimes mistakes will change my work for the better and I allow them to remain throughout the process. Revising a piece may involve cutting, reshaping or a change of material in the nearly completed work and the effect reminds me of a painter’s “pentimento”.